Peter Tchir, Head of Macro Strategy at Academy Securities, on what CPI and retail sales signal for markets, and his current investment strategy. Walter Kemmsies, Economist and Chief Strategist of JLL’s Ports, Airports and Global Infrastructure Group, on  Fellow at the Roosevelt Institute, on a new report that examines a proposal for outright student debt cancellation financed by the federal government.

What Does Corona Mean to Our Supply Chain? – Where We Buy #139

Hear from the experts about the impact of the COVID-19 virus on warehousing, manufacturing and ports. Craig Meyer describes the pandemic’s effect on industrial real estate. Dr. Walter Kemmsies discusses what it has meant for our ports and the economy. Rich Thompson points to three global supply chain themes to watch. Mehtab Randhawa explains how the current strain on last mile delivery reveals the need for urban warehouses.

Kemmsies: Infrastructure Spend Would Use 200 Million Tons of Steel

The Journal of Commerce Online

The Journal of Commerce Online

Tampa Steel Conference – Virtual conference at the Port of Tampa

IS THIS THE RIGHT TIME TO CHANGE THE RULES?

Every link in global supply chains is stretched beyond recognition. This has resulted in a lot of frustration and calls to change how the international freight movement industry operates. While there may be room for improvement this is not the time.

As the World progresses through the Covid-19 pandemic, attention to the vulnerability of most industries’ supply chains has expanded beyond the domain of logistics professionals to discussions at families’ dinner tables. Logistics professionals are trying to figure out how to reduce their supply chain’s vulnerability to macro systemic events, such as a global pandemic, but also other catastrophes. However, some may be wondering whether such efforts are an exercise in futility because any solution to supply chain risk reduction will likely increase operating costs.

The government and consumer response to Covid-19 as well as pandemic-induced factory shutdowns in countries where US importers source from have conspired to put tremendous pressure on importers, ocean carriers, container terminals, railroads and railroads. The most visible result being dozens of container vessels anchored outside San Pedro Bay since last November……

In 2020, the tonnage of imported goods in containers increased 1.4% over 2019, however, as we all know, it was a tale of two halves. The first half saw double digit declines at most ports and the second half saw a growing surge that eventually brought overall import volumes barely above the previous year……

At first, U.S. retailers were most concerned about manufacturing facilities being disrupted by COVID-19 in China, where the virus originated.

Now, in the midst of a global pandemic, this is a much bigger issue than China. While some manufacturing operations are getting back up and running, much of the rest of the world is in distress. 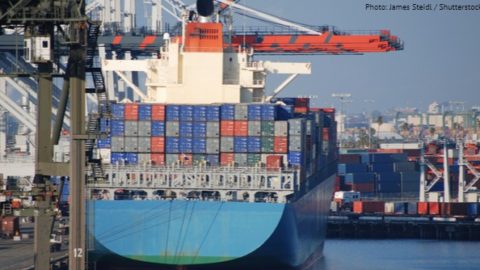 Commentary: The five miles of uncertainty

There is no such thing as an average day in the logistics industry. Logistics managers are specialists at managing the so-called “known unknowns,” such as weather events that force cargo reroutes or supply and quality control issues that require sourcing new manufacturers. However, it’s the ‘unknown unknowns’ that now keep logistics managers up at night. The factors they can’t control — trade agreements, changes in fuel requirements for ships and labor shortages — are disrupting the industry. 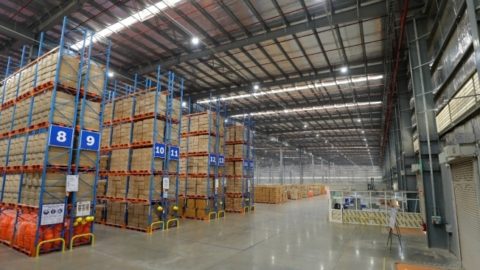 If first-quarter data points are any indication, the U.S. industrial real estate market has moved beyond the “firing on all cylinders” stage to another white-hot plateau. Tenants and lessees occupied 109.1 million square feet more space than they vacated, an all-time quarterly record, roughly double the long-term average and nearly 67% higher from the first quarter of 2020, according to data from Colliers International (NASDAQ:CIGI), a real estate services and investment management company.

A rebound of import activity at the Port of Savannah, which saw a large decrease in traffic at the start of the coronavirus pandemic, is attracting new developers to coastal Georgia, where they plan to build large-scale industrial projects.

Despite a noticeable drop in imports and exports at Georgia Ports Authority terminals in March, overall traffic held steady during 2020, buoyed by its busiest December ever. During December, the Port of Savannah moved 447,525 twenty-foot equivalent container units, known as TEUs, an increase of 24% compared to December 2019, according to the Ports Authority.

read article
Scroll Back to Top